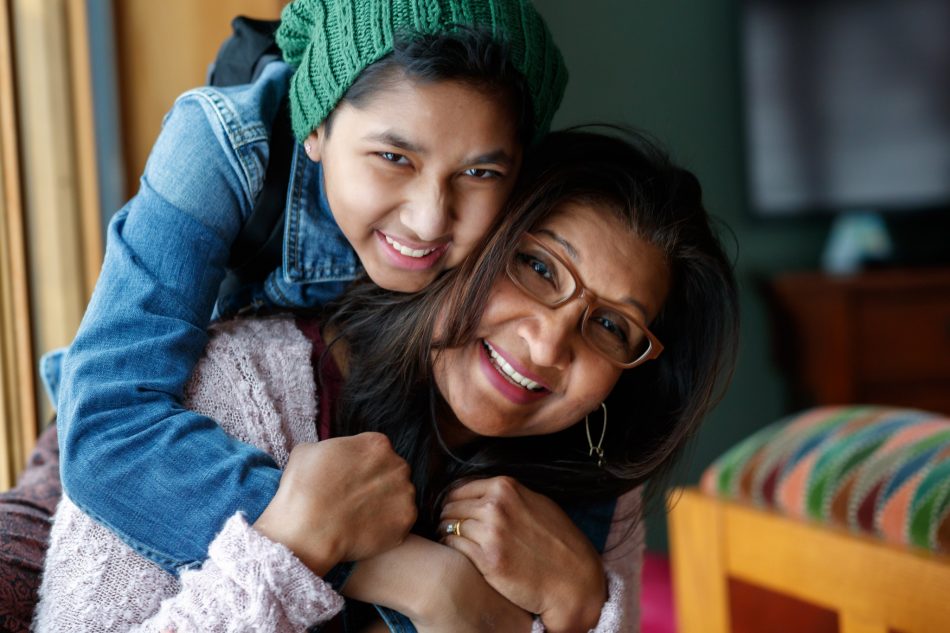 Better Together (The Phan Family Story)

Seventeen-year-old Aja Phan and her mom, Sheila, are closer than most mothers and daughters. After staying at the Ronald McDonald House 12 times in 2019, with two stays of nearly 150 days each, it’s not difficult to see why.

Aja was a typical high school freshman battling finals, preparing for the upcoming soccer season, when her family noticed she was more tired than usual. Then bruises started appearing after only the slightest bump. A trip to their doctor revealed that Aja’s blood wasn’t clotting and within hours they were sent directly to the hospital to get more testing. Two bone marrow biopsies and less than a week later, Aja was diagnosed with severe aplastic anemia.
Aplastic anemia is an autoimmune disease that is a failure of the bone marrow. The medical team tested both parents and Aja’s sister, Maya, in hopes to find a match so Aja could receive a bone marrow transplant. Keeping the family’s diverse ethnic background in mind-Sheila is originally from Malaysia, and her husband, Son, is from Vietnam- they also had to look to the bone marrow registry – but there were no matches for Aja.

Without the option for a bone marrow transplant, the Phans turned to drug therapy protocols for treating aplastic anemia. These treatments can take three to six months before improvement is seen. This began a roller coaster of highs and lows as Aja responded to treatment positively only to face a set-back and feel like they were starting back at square one. After more than a year and two different drug therapies, Aja was hospitalized due to an infection and swelling in her throat where a lump was located. A biopsy of the lump revealed carcinoma. Treatment for her aplastic anemia was priority; the carcinoma would have to wait. Aja’s body was already too worn down.

It was time to start looking for other options to fight Aja’s aplastic anemia. This was the first time that the family was pointed toward Milwaukee, where they learned that a haploidentical transplant could be an option. This would be a bone marrow transplant that was a 50% match and allowed Maya to be her sister’s donor. With renewed hope, Sheila checked into the Ronald McDonald House and began the first of what would be many days spent in their home away from home:

Just before Aja was diagnosed, both Sheila and Son lost their jobs due to company-wide layoffs. Maya decided to go to college near home so she could commute and be close for transplant and additional needs. Though they are at a better place now, the Phans shudder to think how they could have seeked treatment for Aja at Children’s Wisconsin without the help of RMHC. Aja was one of the sickest patients the team in Milwaukee had ever treated with this transplant. Yet 55 days post-transplant, she shocked everyone as she was discharged from the hospital and headed back to RMHC.

Several months later you wouldn’t even recognize the sweet girl with the big smile as the same Aja whose mom would give her morphine just to make the walk to appointments. Among the many teenagers roaming the Ronald McDonald House, setting aside their medical experiences and enjoying time together, Aja has found forever friends. Sheila has found a community of parents who know the struggle of worrying over every moment of their child’s day while trying to let them “just be kids.” The Phans still have many questions ahead as they continue to navigate post-transplant and the unknowns of the carcinoma. But throughout the ups and downs, Aja and Sheila have found the support that allows them to be their best together no matter what is to come.