Visitor Guidelines and How You Can Help 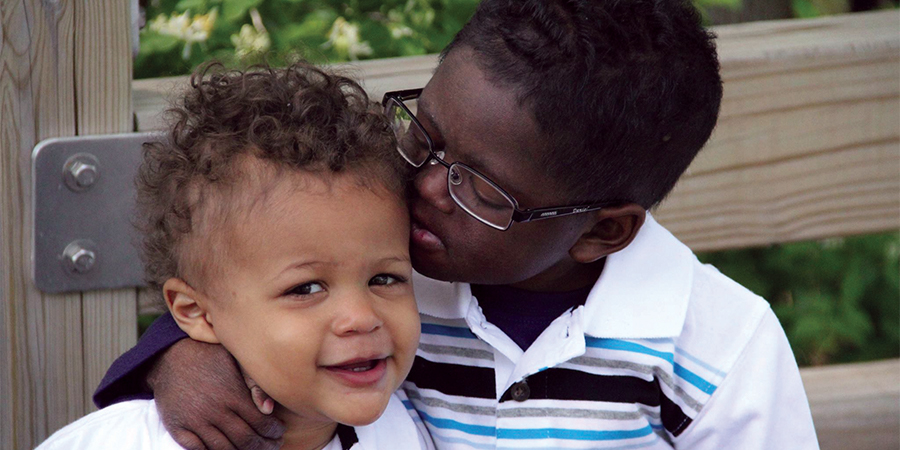 Last Christmas, Junior Jolivard opened the door to his guest room at the Ronald McDonald House, preparing to face another day since his son, Daniel, had been admitted to the hospital two months prior. Instead, he was greeted with an unexpected sight – gifts for his family, and more at the door of each family staying in the House. Being far from home, these gifts went beyond brightly wrapped toys and treats; the generosity showed the Jolivards they were not alone. Born in Port au Prince, Haiti, Daniel Jolivard was hospitalized shortly after birth because something was destroying his red blood cells. Limited resources prevented a firm diagnosis, so Daniel was kept alive with blood transfusions. Junior would personally walk through the city to the Red Cross, hoping they would have the right amount and type of blood he needed. A cooler was packed, and he traveled back to the hospital so his son could receive his treatment.

After two months of uncertainty, Junior reached out to friends in the U.S. seeking help. There was hope when Daniel and dad could travel to seek a medical consultation with a doctor in Michigan. At 3 months old, Daniel was finally diagnosed with Hemophagocytic Lymphohistiocytosis (HLH) which is a life-threatening immunodeficiency; cells of the immune system don’t work properly to destroy infected or damaged cells. But there was another set-back – Daniel had a heart attack and was in a coma, forcing the family to consider hospice as he was not expected to live more than 48 hours to a week. The Jolivards began to make preparations for what they were told was the inevitable. Yet Daniel continued to fight, day after day, and month after month. He did not receive another blood transfusion but was still holding strong. Each month the Jolivards celebrated a “birthday” just in case Daniel did not make it to 1 year old. And after some time, he not only turned 1, but eventually turned 3, and became a candidate for a bone marrow transplant. It’s difficult to imagine the mixture of joy and fear that the Jolivards felt as Daniel’s little brother, Jacob, was born in January 2015, just a few weeks before Daniel received his bone marrow transplant. Then their little family was rocked again in March when mom, Rachel, was diagnosed with ovarian cancer and received immediate surgery and treatment. Daniel also struggles with severe graft-versus-host-disease (GVHD) as a result of his transplant.

With all the family has faced, it is understandable that they live their lives day-to-day. But to know the Jolivards is to know a family full of grace and gratitude. Their daily struggles are always overshadowed by the love and joy they share with one another and everyone they meet. As Junior shared, “RMHC has been the greatest and most unexpected thing to us. I just hope to one day return the favor for other families struggling.”

Daniel is now four years old and receiving treatment for GVHD every three weeks. It’s been over a year that Rachel’s been in remission, and Jacob is a happy, healthy toddler. As the Jolivards are nearing another Christmas, they know they have the Ronald McDonald House ready to help them keep their family close.