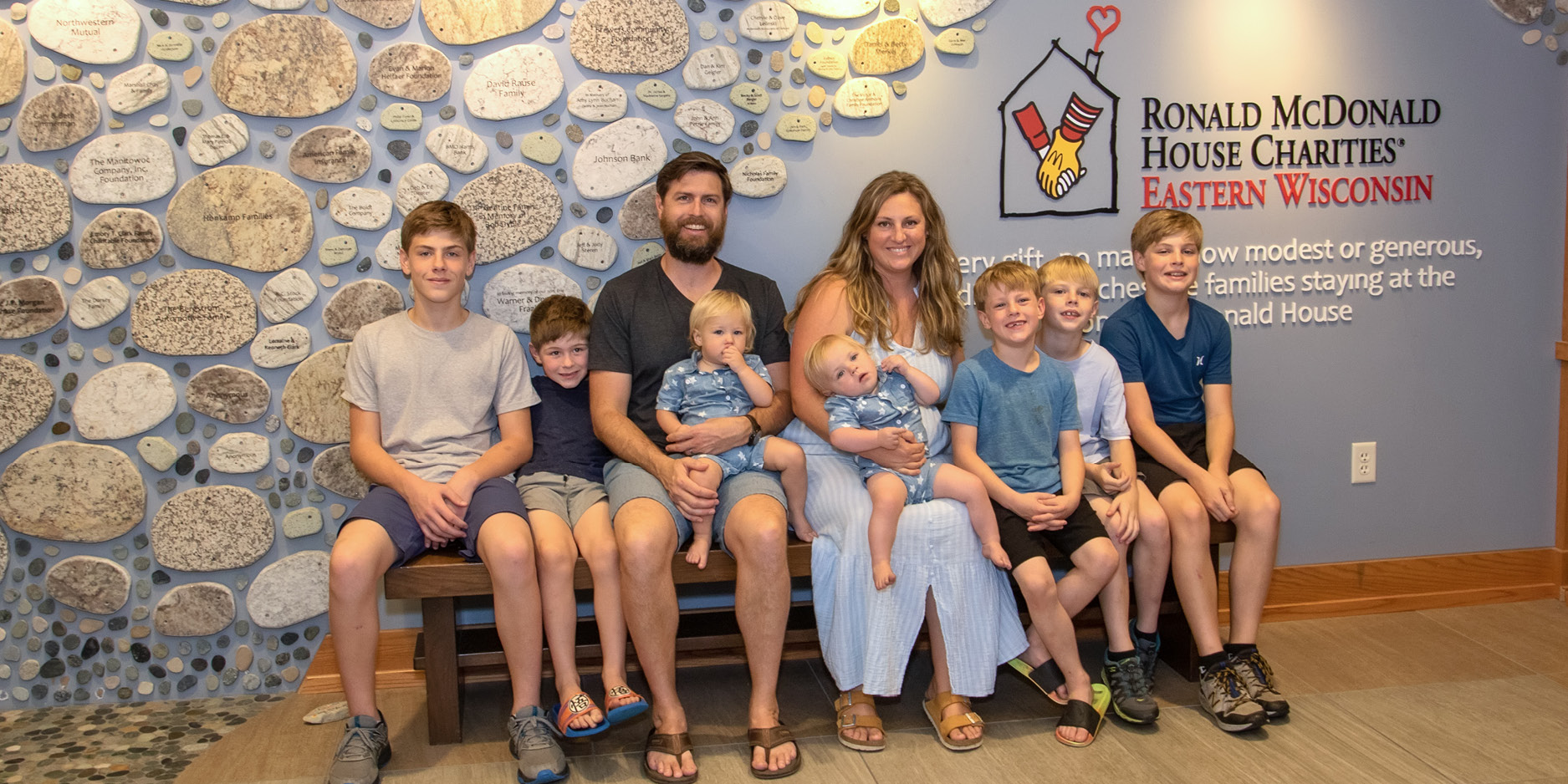 It was a routine doctor visit for a 20-week ultrasound that changed everything for Alaskan natives, Brittany and Jeremy Lussi, the parents of five boys (Liam, Seth, Jack and twins Rhet and Rory), with twins Beau and Theo on the way. The ultrasound revealed that Theo had a congenital heart defect that would require surgical intervention within his first weeks of life.

This was just the beginning of the earthshattering news – Brittany would not be able to deliver the twins in Alaska because the hospitals did not have the capability to treat Theo’s condition. She could go to Seattle, but they would have to split up the family. Portland and Salt Lake were options. Balancing Theo’s needs – which was a top priority – along with the needs of the rest of the family was not easy.

That’s when Brittany’s mom suggested the Herma Heart Center at Children’s Wisconsin. Not only would Theo receive the critical care he needed, Brittany’s parents live 90 minutes away and could offer support and a place to be together as a family.

Theo spent the first month of his life between the NICU (newborn intensive care unit) and CICU (cardiac intensive care unit). Twin brother, Beau, also earned a post-birth stay at the NICU to be treated for low platelets. Staying at the Ronald McDonald House® kept Brittany close to the babies. She used FaceTime to communicate with the older boys and Jeremy visited but it wasn’t the same. Brittany didn’t see the other boys for two weeks; her parents were emotionally overwhelmed as they tried to help each of the boys work through their different frustrations and emotions about not being able to go the hospital. RMHC® gave the Lussis a place to reunite with the older boys after the babies were born.

Six months later, a routine check-up turned into a big surgery for Theo, Ronald McDonald House made it possible for the Lussis to be together as a family once again, just in time for Christmas. They were able to stay in one of the larger, long term rooms, but still needed to move some furniture to make it work. One boy slept on the couch; three on air mattresses on the floor; one in the twin bed; the parents in the queen; Beau in a bassinet and Theo in the hospital – a permanent slumber party! Sure, every morning things had to be put up just to get around the room, but the boys were so excited to be here, together as a family, that they didn’t care.

While staying together and being near Theo were the top priorities, Brittany and Jeremy were thankful for the little things that many take for granted – a soft bed for Brittany’s sore body to rest on in the weeks following a difficult labor. A kitchen stocked for cooking a family meal – even if it was just mac ‘n cheese. Toys, games, programming and spaces where the older boys could burn off steam and make memories.

Brittany shared, “RMHC has literally thought of everything! When you are a guest there, it’s not because you’re on vacation. It is because something serious is going on. RMHC lightens the stressors of daily life so you can show up in the way that your loved one needs you to.”

The Lussis expect to be back for additional care when Theo is 3-5 years old. “The boys are already asking if we will stay in the new wing. Either way, we are glad to know that we can stay and focus on what really matters while RMHC handles the rest,” Jeremy said.