Walk Down Watertown with Jeff Steren

As a legacy Board Director, Jeff Steren is very familiar with Watertown Plank Road. His parents Rose and Sol Steren were integral to the fruition and completion of our Ronald McDonald House®. It started with an idea which came shortly after the first House opened in 1974. Jeff’s father, who was a McDonald’s owner and operator on the South side of Milwaukee, and James Pihos, another important figure in our House history, felt a strong need for a Ronald McDonald House in Milwaukee, especially because the organization was starting to grow around the United States.

In 1978, they contacted LODAT (Living One Day at a Time), a parental support group for those that had children with cancer. They all agreed there was a need for a place for families to stay close to the hospital while their children received treatment. After breaking ground in 1982, our Ronald McDonald House opened in October of 1984.

Soon after opening, working at RMHC became a family affair. Sol was a part of the Board of Directors and participated in House fundraisers. Jeff’s mother, Rose, worked with the McQuilters and was involved in our Holiday Boutique – an event that Jeff continues to support. Before sitting on our Board of Directors, succeeding his father after he passed away in early 1996, Jeff helped with administrative tasks of the House and even dabbled in some event planning!

“I liked working on the administrative tasks. I’m very detail oriented. For the first couple of Galas, I remember checks came to my office and I oversaw the event paperwork and seating arrangements.”

Jeff has found it easy to continue supporting our mission because he is passionate about youth causes. In addition to still sitting on our Board of Directors, he supports little league teams, Boy Scout troops, school programs, scholarships in multiple high schools, and much more.

“I’m not just doing it because my parents did it. It’s all about helping children and helping families on the road to recovery.”

We are so fortunate to have Jeff’s support. As a current McDonald’s owner and operator of stores in South Milwaukee, Racine & Kenosha, he was the first locally to introduce the “Round Up for RMHC” initiative at his stores. He has also had a lot to do with getting donation canisters on the front counters and in the drive-thru lanes of the McDonald’s in the service areas of our Milwaukee House.

“There’s no reason for it not to be done. It takes little to no effort, stores just have to market it.”

Even though he is preparing for his term break from our Board in another year, Jeff is excited for our House to further reach into the Fox Valley and northeastern Wisconsin.

“It’s their House. It’s not just the Milwaukee House. We are here for all families.” 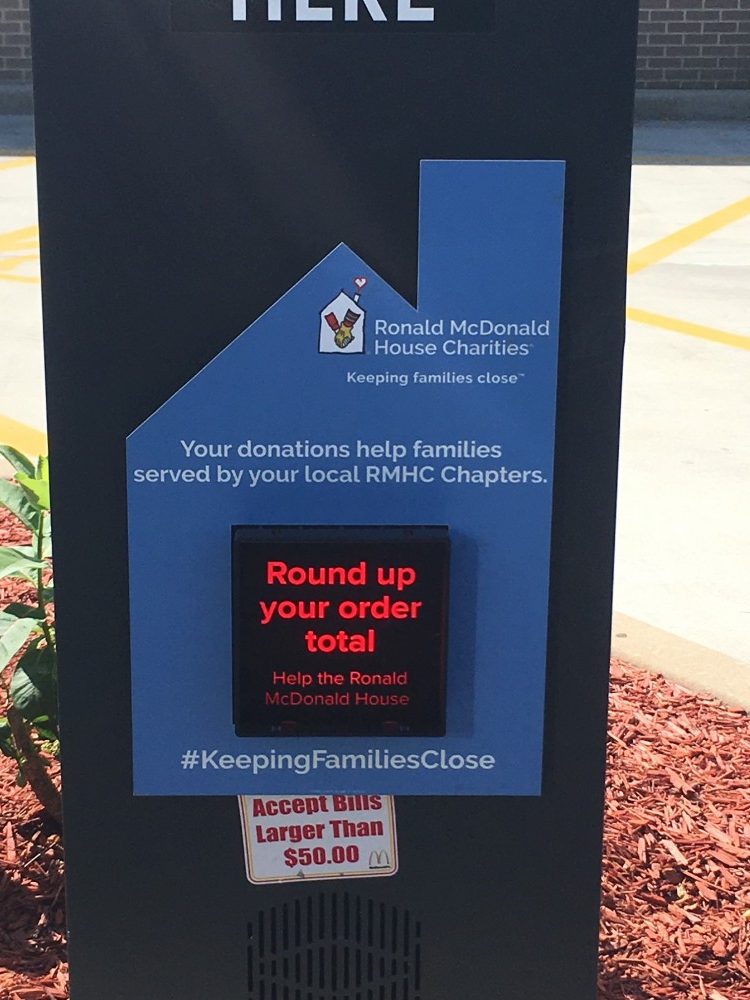 Round Up for RMHC in action in the drive-thru lane of a Steren-owned McDonald’s.